“High costs but no reward” – Restructuring in ASEAN 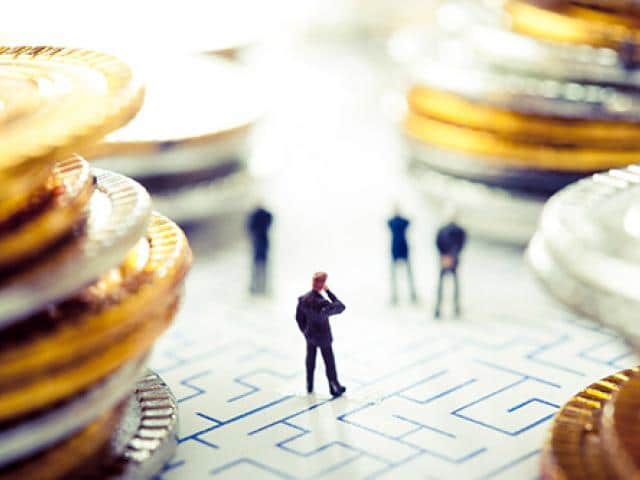 „The cost profit margin kept growing and growing. It was definitely time to act.“

A manufacturer of specialized accessories for cold storage units and swimming pools* from north Germany decided to expand to the market of Southeast Asia in 2013. The company was in good financial shape and was part of an international group. They began by setting up a company in Singapore as a provisional base for later expansion. A German sales specialist was appointed as company director. His job was to acquire key clients throughout the region and report back to the headquarters in Germany.

Next, since a Thai intern back in Germany had proven himself suitable for the task, he helped the company set up a joint venture with 49% German ownership. This put them in the position to sell their products in Thailand.

The Thai company grew during the initial phase. Employees were hired, business trips were taken to meet with potential customers, and the budget rose to 250,000 EUR per annum. The only thing not rising was revenue, which, at around 40,000, was well below their mark.

The situation was not much different in Singapore. However, staffing costs are exponentially higher there than in Thailand, and business trips consumed more time and resources. On top of that, the company had built an expensive storage house with special functions that devoured a substantial portion of the cost budget.

Together the two companies were suffering around 700,000 EUR in losses per annum. Their chances of having any future at all in Southeast Asia were looking bleak. The cost profit margin kept growing and growing, which then affected the company’s operations.

Something had to be done. The company’s export management division, which had otherwise enjoyed a great track record worldwide, decided to seek the help of a local consultant.

“The set-up was basically a free-for-all, and, considering the low sales numbers, not sustainable.”

To start off, Sanet examined the company’s staff and business setup. It was quickly determined that, while the Thai director of the joint venture was no doubt a star intern, he had neither ties to potential customers nor a deep understanding of the market in his home country. It also probably did not hurt his image to be seen by his family and friends as a managing director with a sweet salary, a representative office in an optimal location in the heart of Bangkok, a chauffeur, and even attractive female employees to boot.

Quite simply, he was not qualified for the job and used the trust he had built up at the company’s headquarters to gain access to a higher-tier lifestyle. He was living off respect which he had done nothing to earn.

Things at the company in Singapore went a bit differently. The director was an active part of the company. He had sales goals, but no market data or sales planning to back it up. The work environment was rather inefficient. Business trips were taken to follow leads or requests, but no one possessed the sales background to plan and control costs.

Negotiations with service providers were conducted either sloppily or not at all. In short, he was an engaged, loyal and overall good salesman, just not a company manager.

We also determined that two full-scale independent companies were much too costly, at least for the current phase of market entry. There was no synergy between the two companies. It was basically a free-for-all on both ends, and, especially considering the sales numbers, was not worth it.

„The goal was to come up with a structure that would turn the German company’s sales operations into a ‘lean mean selling machine.“

A new business structure had to be defined before hiring the staff. Instead of developing the structure according to the hopes and desires of your staff, it is better to find the right people to do the job as you see it.

The goal was to come up with a structure that would turn the German company’s sales operations into a ‘lean mean selling machine’. This meant independent companies with complete infrastructures and expensive storage warehouses would not be part of the initial plan.

We decided to keep the regional key account manager on board. Nevertheless, he needed to provide more central control to the operation and clear sales plans to target customers. He also would be paid on a strict commission basis. His focus should be on becoming the trans-regional market leader in cold storage units and swimming pool construction.

Local employees needed to work together with the key account manager to provide support to sales partner in technical matters as well during acquisitions.

We all agreed that these employees would be gradually appointed once a submarket started showing signs of promising investment conditions in a new market. According to our numbers, it was clear that Thailand would continue to be considered as a preferred market.

Step 3: The Right People for the Right Jobs

“Being free from managerial burdens, the employee became a real asset to the company”

The setup was implemented as defined. Both the companies in Thailand and Singapore were shut down. The remaining warehouse stock was sold off for cash.

The managing director from Singapore stayed on as regional key account manager. He was a loyal and good sales rep. Thanks to his motivation and being free from managerial burdens, he became a real asset to the company. He agreed work on commission basis with a freelancer, with his commission also enabling him to invest in new clients from time to time.

As for Thailand, Sanet provided the service of getting the German company setup in a business unit. The company’s sales employees have already been included in the research and planning process. Further down the road, they will be expected to acquire suitable sales partners and then provide them with technical advice as well as new leads on projects and customers.

“To implement this new structure, a detailed marketing and sales plan as well as a more precise determination of market feasibility was required.”

To do this, Sanet found out the number of cold storage units and swimming pools built annually, the need for repairs, decision mechanisms and market leaders in Thailand. The main competitors were also determined. Comprehensive price and product information was obtained and evaluated. The client supplied values showing how much was typically spent on accessories for such projects.

This information allowed us to pinpoint a target sales number for the first three to five years based on the number of projects expected annually, the client’s potential to increase revenue through these projects, and a realistic idea of what share of the market is to be had.

After that, price policies as well as a marketing package were devised to be appealing to sales partners. Beyond that, a sales plan was created which not only covered the top 10 potential sales partners, but also detailed numerous potential customers for these partners.

This package was then used to pitch the idea of a collaboration to the best swimming pool and cold storage unit builders.

The Results: A clear structure and sustainable growth

“Through the new set-up profits increased dramatically, while costs were cut by 70%.”

Two years after the conclusion of this consulting project, things are really looking up:

The central key account manager was able to win over important dealers in a series of ASEAN markets, establishing a basis for quick expansion to these countries from Thailand. His expenses are well thought-out and revenue-based. He has indeed become a profitable asset to the company.

Following in-depth negotiations, the company was able to join up with excellent market leaders and specialists as partners in Thailand. As expected, the cold storage and swimming pool businesses each found different partners. These partners do, however, serve overlapping product sectors according to standard regulations. Both partners are also responsible for stock management.

They are supported by a well-trained team in the Sanet business unit that always keeps the partners up-to-date, while also training new employees, recruiting new projects from land developers or grocery chains (for cold storage) and passing them on to the partners.

The partners’ cooperation has received significant media attention at large events. Profits increased dramatically, while expenses were cut by 70%.

*name and branch information have changed for reasons of confidentiality.