Export is dead. The future is presence. 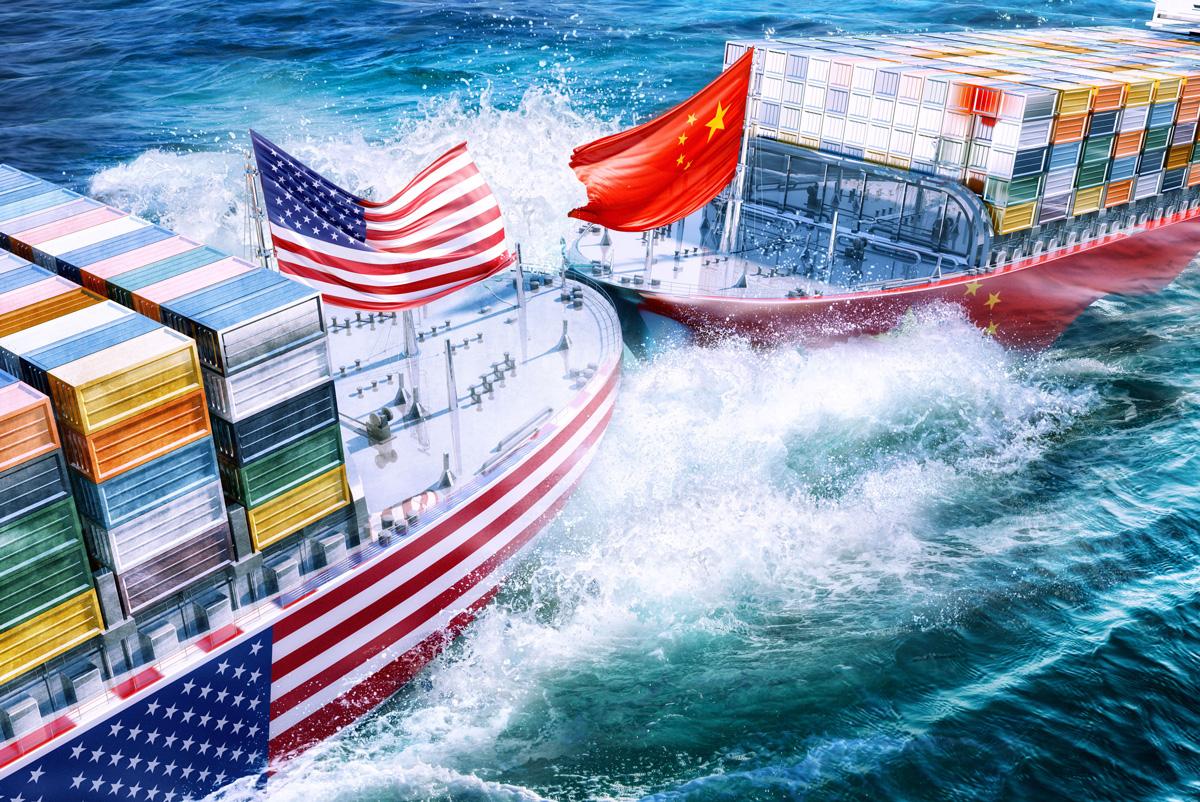 Classic exports from Europe have become outdated. Moreover, Western Europe is also in dire straits as a place of production: Supply chains from China are unstable. China and the USA are facing a showdown for world supremacy. There is a war going on in Europe, and trade with Russia is also badly damaged for the foreseeable future. Boycotts on exports and imports are becoming increasingly popular as a policy tool.

Many European countries have shamefully failed to balance their economic dependence with political clout. Germany is being hit particularly hard: There is a lack of energy for its industrial sector to ensure the continued performance of the ” Export World Champion “. The EU’s “Green Deal” or German “windmills” won’t get us out of this situation either.

There is a shortage of chips to produce cars and machines. The automotive industry is dependent on the Chinese market, where requirements are increasingly being misunderstood, and thus losing ground to the domestic industry. But other countries are by no means in a better position with one variant or another.

The infrastructure, both digital and in terms of logistics, in many parts of the EU is lagging behind even developing countries. No one knows how the debts incurred by the often-destructive COVID policies will ever be paid back, and thus a lot of people question the future of the Euro.

By contrast, in recent years more than 500,000 academics and skilled workers have fled abroad to escape gender mania, environmental religion and deindustrialization. As a result, there is a shortage of skilled workers in manufacturing, for whom neither sociologists nor gender experts nor shisha machos from North Africa can provide replacements. The EU’s “Green Deal” or German “windmills” won’t get us out of this situation either.

And now there’s even the war, which is destroying more markets and supply chains.

Yet, we must go on from here. However, there will be no “business as usual” for medium-sized industry. Before any help is forthcoming from politicians, SMEs must rethink their strategies for production and exports.

The focus here is on two essential insights which, if ignored, could mean the failure of all their efforts:

Yet, how do we define “secure markets” and which options for presence in sales and production are recommended?

For international SMEs in particular, the greed for large markets such as China and India will lead to a dead end. It is true that, compared to existing sales, enormous growth rates and new sales are initially tempting. But the risks, which are often already foreseeable in the medium term, are too readily suppressed. These risks do not even have to be based – as in China – on the host country’s efforts to exploit the know-how of foreign investors in order to replace their products with its own production.

Even without this state-based risk, it is difficult also for large medium-sized companies to develop such giant markets sufficiently or to support them sustainably. Either they reach only a few market segments, or they are dependent on mostly powerful local partners, and sometimes the SME remains only a “supplier’s appendage” of corporations on whose development their own weal or woe depends. To build up a strong presence of their own, on the other hand, they usually lack the resources and the sheer economic power.

Other regions, such as India, are also difficult to penetrate in terms of their business culture. Corruption and deficiencies in the infrastructure, together with the low level of protection against aggressive copycats, pose a high risk for both production and distribution. Often, those copycats know their own jurisdiction well enough to end up even banning the foreign original from selling in the country. Not infrequently, this even happens through the self-selected partner.

But where are there still safe markets at all? Certainly, markets without risks never existed and never will exist. And nevertheless, there are characteristics of sufficiently safe foreign markets!
One should evaluate the following criteria:

The “10 boutique countries” of ASEAN, such as Thailand, Malaysia, Singapore, or the Philippines, are already technically highly developed countries. With Vietnam and Indonesia, two countries with a combined population of around 350 million are in the process of becoming industrial nations. Together, the ASEAN Economic Union forms a market of almost 700 million consumers.

Almost all of the countries are, nevertheless, for the most part economically very independent markets that are also easy for medium-sized companies to work. In addition, well-known companies in the developed countries invest beyond their own national borders, protected by the ASEAN Investment Protection Agreement. In this way, they enable organic growth in the region for their own companies, which always include European investments. The RCEP free trade agreement with Japan, China, Korea and Australasia ensures duty-free supply of parts and materials from 16 countries and correspondingly duty-free export in the entire area of validity.

Politically, the blocs of China, India and the United States have been skillfully positioned and, with the exception of regional conflicts of interest, have avoided coming into conflict with any of the major economic powers. The “world champion” of this balance is Thailand. The country is proud of never having been colonized, but it always cautiously supports, passively or actively, the foreseeable winner of major conflicts, thereby always securing independence and economic advantages for its own country. All ASEAN countries are outdoing each other with long-standing tax exemptions and other incentives for investors and are expected to be the fastest-growing region in the world by 2035, according to the World Bank. They should be at the top of the list for European investors when it comes to reorientation. Thus, the ASEAN Economic Union is undoubtedly a safe haven for both a production and export business.

Export without presence is dead. The days when European products were ordered at trade fairs and by fax without being able to offer customer-oriented advice and service are finally and irrevocably over.

If you want to compete internationally against the Chinese, Japanese, Koreans and the USA, price and service have to be right. The qualities from Korea and Japan in particular are so far developed that the European know-how advantage, if it still exists in the future despite all the EU risks, no longer justifies any significant price difference.

This means that trade costs such as customs duties and freight must be minimized by taking appropriate steps. Service costs and service speed must also be adapted to the times. Even today, Asian customers often start to gasp when mainly German machine manufacturers explain to them that European technicians will be flown in for the construction and maintenance of a technical system. If the customer then hears what their flight costs and hourly rates cost, he completely loses faith (and the machine builder the order).

The export manager’s two annual trips to trade fairs followed by a visit to the customer can be dispensed with. This type of export is dead.

The sales and technical consultants have to be at the customer’s decision-making team’s doorstep within a day’s time and even repeatedly if they don’t want to lose out to the competition. And when machines come to a standstill, a service team must be available at short notice, competently and at a reasonable price.

There are several options for an appropriate presence:

In Thailand, such a structure is promoted by the government as “Trade and Investment Service Office (TISO)”. This structure requires a paid-in capital in a Company Limited of about 80,000 EUR only (whereby one must prove however annual costs of approximately the threefold amount). In this respect, such a presence is particularly exciting for companies that do not (yet) produce in Thailand, but already have sales and strong service teams on the ground.

An example of a smart presence policy here is the German Brückner Group, a leading global manufacturer of plastic stretching production lines. With a strong service team in Thailand, they support customers throughout Asia with commissioning, maintenance and even modernization of the “Brückner Lines”.

Under a service contract, one or more salespeople or technical consultants working exclusively for the European manufacturer are integrated into a service provider with a complete infrastructure. These then look after customers, manage existing distributors, and thus offer a real efficient presence. They do not cost any commissions or margins. Likewise, there is no tax or administrative overhead this way. This is what a lean and mean sales and service machine looks like today.

One more thing: A presence without such an “own man” and exclusively with one or more importers/distributors is no longer up to date.

The importer or distributer who is not managed locally will always stands in the way of a timely and local relationship with the industrial end customer. His costs and margins are difficult to track, and his performance is usually not very transparent for a fair assessment. Such “indirect presence” without one’s own man in the region is just as much a thing of the past as the “old export system” as a whole.