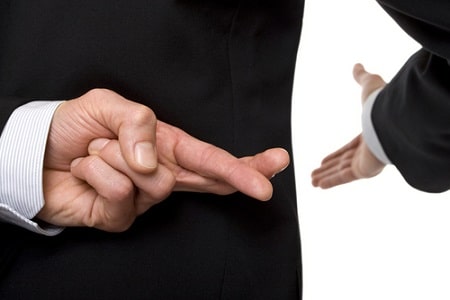 „For years the management debated about the causes of this unsatisfactory level of market control in Thailand.“

A German company from Baden Württemberg in Germany had been producing highly specialized components for injection molding machines*. Their high-quality products had won them 14% of market shares worldwide. In Thailand, where there was a sizeable market for high-tech operations in the automobile industry, they were having trouble hitting even the 3% mark. For years they had been working exclusively with a Thai partner – let’s call the company Tricky Ltd. – which had great connections in their branch of the industry. They were run by a Chinese manager from Hong Kong, who had also worked for the company for many years and was personally trusted by the owner. For years they debated and researched to find the cause of this unsatisfactory level of market control. Tricky Ltd. revealed their numbers and price listings, which did not help either. The prices offered by the German manufacturer to their partners had reached the profit limit. The margin collected by Tricky Ltd. was fair and appropriate. Sanet was given the task of determining the cause of the company’s weak market position. Their partner seemed willing to cooperate with us, at least on the surface.

To start, we sought out to find the distributing weaknesses of their partner. It turned out there were indeed several problems. The boss of Tricky Ltd. was intentionally keeping expenses low and paying his sales team poorly. They were also hardly given any of the necessary training. This resulted in high fluctuation and a lack of competence in the team overall. The boss pretty much did it all himself, though he was quite averse to technological advancements and thus did not understand much about it to begin with.

Alas, this was not the only factor contributing to the company’s surprisingly poor market position. Eventually, we got take a look at Tricky Ltd.‘s books and have a discussion with the owner’s wife, who was in charge of finances. A certain amount of trust was necessary to secure this interview, something which was not easy for the German management team of Sanet to acquire due to their “supervisory function”.

For this task, we enlisted the help of well-prepared Thai employees, who were quickly able to establish some common ground to establish a more personal relationship.

It was their financial situation which caught our eye: while Tricky Ltd. hardly had any fixed assets, the owner was living like a king. He and his wife were living in a luxurious mansion with a prime downtown location, drove an S-class Mercedes and proudly talked about their two children who were both studying at extremely expensive top universities in the US. The office building belonged to them as well, the rent from which no doubt further improved their situation.

Supposedly, the exclusive partner had no other income aside from that which he earned off the revenue of their German client. So, then, where did he get all this wealth from?

„Two of the biggest buyers were not really buyers, but rather middlemen.“

Next, we reviewed the partner’s biggest clients. Sanet legal experts retrieved intel from the Ministry of Commerce. And then – our first clue! Some of the big-name clients in Thailand had companies or directors that were obviously related to the importer’s management. Suspicious, indeed. Nevertheless, the amounts paid to Tricky Ltd. were as to be expected. So what was going on?

When our technical management team came up with a false pretext to visit two of these operations, they were flabbergasted to find that none of the injection molding facilities were being used for our client’s or Tricky Ltd.’s products!

By that time, the boss’s wife at Tricky Ltd. had started to trust the Thai employees at Sanet. They often talked about how dumb foreign managers are and how easy it is to trick them.

Then, she opened Pandora’s box all by herself: she let it slip that two of Tricky Ltd.‘s biggest buyers were not really buyers at all, but rather middlemen. They were selling to them under normal conditions, but the goods were then sold further at double the price to injection molding stations dependent on the quality delivered by the German manufacturer.

Putting the Pieces together

Now it all made sense: Tricky Ltd. got the goods on the cheap, sold them at a low margin to their relatives, who then turned and resold everything with a 100% price increase. It was this fantastic margin that financed the family’s lavish houses, cars and university studies.

Of course, such a pricing scheme meant the company’s market share stayed low, since only top-level corporations were able to afford such high prices for their production.

Even that was not enough for them. Clients who did not specifically require products from our client were then compensated with cheap parts from China, which is a violation of the exclusivity agreement. The family clan pocketed from this swindle as well.

Most disappointing was that the Asia-director from Hong Kong was “put at ease” via significant monetary sums. He had been trying to lead Sanet’s researchers down the wrong trail this whole time.

„The management followed Sanet’s advice and sales, market share and profits have been on the rise ever since.”

At first, Sanet was a bit like Job, being the bearer of bad news. Several of the company’s employees in charge of making sure something like this never happens continued to cast doubt about the accuracy of our findings until everything had been verified to the last detail.

The company quickly changed its tune, however. The end customers of the Tricky Group were identified so they could be contacted in future. Then, management followed Sanet’s advice:

Sales, market share and profits have been on the rise ever since, just as we had hoped!

* Names and company-related details have been changed and made anonymous out of respect for the confidentiality of our clients.